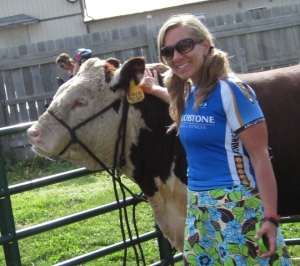 Shakin' it up in Iowa

Routines are good. We all need some structure in our lives. However, keeping to the same old routine becomes boring and eventually stalls your fitness.  Getting outside of your world or comfort zone can be exciting, stimulating and even frightening.

As part of your effort to have an amazing 2011, I propose that each of us tries something new at least once a week.  It can be a new food that you’d otherwise pass up (like the okra curry recipe I’ll post tomorrow), asking someone to get together who you might otherwise dismiss. Go trampolining, get a new hairstyle, buy a sexy plaid workout top rather than the usual solid. Why not go for a ride on 40 lb cruiser bike instead of that carbon fiber racer you covet. Believe me you’ll get a workout!

Challenges don’t have to be big they just have to be something you wouldn’t normally do.  Something that will take some effort and maybe some guts.

Here are some examples.

The point I am attempting to get across is that when you challenge yourself you end up surprising yourself. You learn things, you meet new people and you find out what you’re made of. The confidence you gain encourages you to keep trying more and more, new and exciting things.  I’ve said this before and I’ll say it again…it’s all about the stories. In the end all you have are your stories so go out and stir things up! 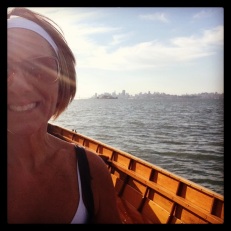