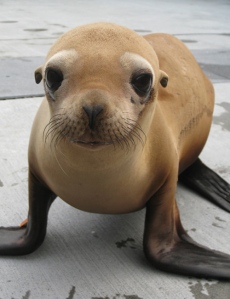 Some of us run ultra marathons, some of us ride our bikes for miles and miles, and some of us wonder what people who do those things are thinking. Those of us who push ourselves are not nuts, and we’re not “special,” we just don’t mind making the extra effort so we end up going big. The thing to remember is, we all started with one small step and took off from there.

The people I work with are usually just getting back into working out or have never really been all that into it. They tend to be in various stages of motion starvation, until I get my hands on them anyway. After about a month of working with me, like clock work, every single person has verbalized that they might like to attempt an endurance event. Usually seconds after they make such a statement I notice then cowering as I start listing off events and training ideas to get them started. I guess “training” sounds like a large, painful task at first. Fortunately we trainers and endurance veterans know victory is just within your reach and we salivate at the idea of helping you realize that.

On that note, I’ll say to you as I’ve said to all my clients. If you want to play around with endurance events, then let’s get started. Start small and go from there. Even if you’ve run dozens of marathons in the past but currently need a push to get rolling again, start with one small step. Begin with one small event or one small goal that will lead you to where you want to be.

Here’s what the Motion Starved crew is doing to get started: We’re Running for the Seals. Run for the Seals is a relatively easy 4-mile foot race on mostly paved road. This will be the very first event for 6 of the 10 of us attending. Two of my clients have run half marathons but are using this event to train and motivate to go bigger. The 6 who have never attempted an event before are currently sweating bullets, but in the end, this small step will have taken them miles toward a lifetime of fitness and self-confidence.  They’re starting small but the reward will be huge!

Join us! Run with the Seals is a great cause benefiting The Marine Mammal Center in the gorgeous The Marin Headlands. 100 percent of the money raised goes to the critters. How can you say no to that?